BMW has told the BBC the cost of any new customs arrangements after Brexit would push up the price of its cars.

Ian Robertson, BMW's UK special representative, said new border systems and warehousing would add to the cost of making cars such as the Mini.

But he said BMW would be forced to invest in new customs systems by late summer if there was no clarity on the UK's trading relationship with the EU.

He told the BBC's Economics Editor Kamal Ahmed that without clarity BMW would be forced in August or September to prepare for a hard Brexit and customs delays around a hard border. 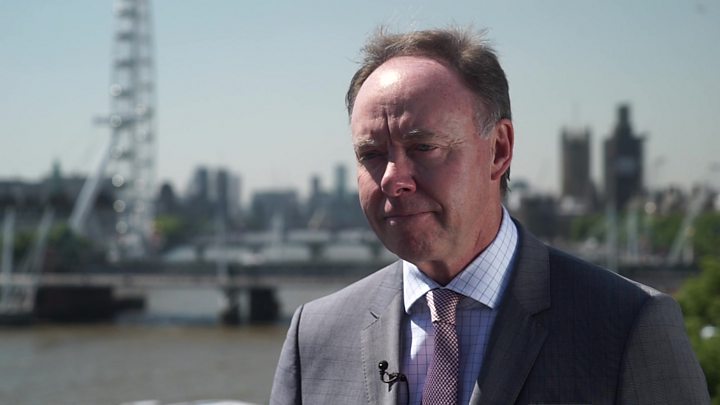 Mr Robertson said: "Those dates at the end of the summer are quite real. That's when the contingency plans get applied, and that's when of course we need to see clarity."

But he added that BMW had no intention of moving its manufacturing operation outside the UK.

"Our customers have expectations as to the value in their cars. They see innovation and technology as having a value. I can tell you, I have never heard one that says there's a value in customs."

While the Society of Motor Manufacturers and Traders said that investment in the UK's car industry had halved in the last year because of Brexit uncertainty, some companies such as Toyota have continued to invest in the UK.

In a separate interview, Kōji Tsuruoka, Japanese Ambassador to the UK, told Kamal Ahmed that the UK still had a strong appeal for Japanese car companies.

He said: "The UK is an industrialised, very strong R&D supported economy, and there is flexibility in moving toward the future of the industry. The referendum result did not necessarily affect the attraction or the strength of the UK R&D high-tech basis, and you still see Japanese investment coming to those sectors of the UK economy.

"But when it comes to trade, and market availability, they will have to reconsider, if there is any obstruction for doing trade with a major market to which they export from the UK - and the EU market is certainly one of them. They will watch very carefully and very cautiously." 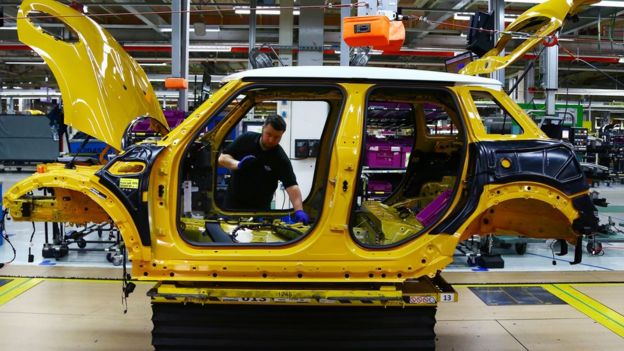 In May, BMW was part of a group of business leaders including the heads of BP, Nestle, and Vodafone, who told Theresa May at a Downing Street meeting that a trade deal with the EU must be "as frictionless as with a customs union".

BMW employs 8,000 people in its UK manufacturing operation and another 14,000 in its retailer network.

It manufactures Minis near Oxford, Mini body panels in Swindon, Rolls-Royce cars at its Goodwood plant and petrol engines at Hams Hall in Warwickshire

You can use this cheap service for do my essay for me. Really appreciate this wonderful post that you have provided for us.Great site and a great topic as well i really get amazed to read this. Its really good site able to provide you with the writing help you have been looking for also get result in any time.

In this article understand the most important thing, the item will give you a keyword rich link a great useful website page: On this subject internet page, you'll see my best information, be sure to look over this level of detail. The Lost Book Of Remedies

it's really nice and meanful. it's really cool blog. Linking is very useful thing.you have really helped lots of people who visit blog and provide them usefull information. The Lost Book Of Remedies

I personally use them exclusively high-quality elements : you will notice these folks during: So it is interesting and very good written and see what they think about other people. The Lost Book Of Remedies

It is especially decent, though look into the tips during this home address. These you will then see the most important thing, the application provides you a website a powerful important internet page: Resurge

I can give you the address Here you will learn how to do it correctly. Read and write something good. I have a similar interest this is my page read everything carefully and let me know what you think. Leptitox

I simply want to tell you that I am new to weblog and definitely liked this blog site. Very likely I’m going to bookmark your blog . You absolutely have wonderful stories. Cheers for sharing with us your blog. Resurge

Awesome dispatch! I am indeed getting apt to over this info, is truly neighborly my buddy. Likewise fantastic blog here among many of the costly info you acquire. Reserve up the beneficial process you are doing here. His Secret Obsession

Very good topic, similar texts are I do not know if they are as good as your work out. These you will then see the most important thing, the application provides you a website a powerful important internet page: His Secret Obsession

So lot to occur over your amazing blog. Your blog procures me a fantastic transaction of enjoyable.. Salubrious lot beside the scene. His Secret Obsession

Your articles are inventive. I am looking forward to reading the plethora of articles that you have linked here. Thumbs up! Healthies 365

Wow! Such an amazing and helpful post this is. I really really love it. It's so good and so awesome. I am just amazed. I hope that you continue to do your work like this in the future. The Health Mags

This is a great inspiring article.I am pretty much pleased with your good work.You put really very helpful information. Keep it up. Keep blogging. Looking to reading your next post. Review Book PDF Free Download

"This is very appealing, however , it is very important that will mouse click on the connection: " lapsiathome